The Death of Visual Analytics and the Dawn of Conversational BI 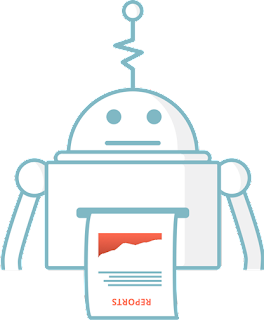 In the last several years we have seen the emergence of a new breed of business intelligence products that have made it possible to build highly interactive and visually expressive and rich dashboards and reporting experiences. Products like Tableau, Domo, and Looker to name a few are replacing established BI heavyweights with a focus on self-service and rich visualizations.

What is driving this trend? Well anyone not living under a rock for the last then years will tell you that the explosion of data on the internet coupled with the advancement in Big Data related technology have made storing and accessing data much easier than ever before. But this alone is not the whole story.

Self Service BI is Good but not Good Enough

Products like Tableau have come onto the seen to lower the barrier for connecting to internet accessible data sources and as well to traditional sources locked up in relational databases and in the billions of excel spreadsheets sitting around the enterprise world. Driven by this, Tableau, for one, has been successful for three primary reasons:
So this is all great, but what does this have to do with the death of visual analytics? I seem to be saying richer BI visualization is blossoming and inspired by tools like Tableau. Well, I will argue that item number three listed above is an evolutionary dead end and that are going to see a gradual trend away from visually rich analytics.

There is such a thing as too much of a good thing. More visualization does not mean you are solving business problems more effectively, answer questions faster, finding root cause (answering why questions), or getting better predictions and trends? In fact ,too much visualization might be overwhelming users. 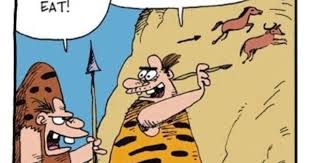 A Stroll Through BI History

Let's take a quick ride back in time before we look forward. Human civilization has been evolving for thousands of years and our way out of the stone age was guided by the development of human language and communication. While it is true that a picture can say a thousand words, the spoken or written word, on the other hand,  can express all of human existence in short phrase, e.g "to be or not to be" or "I love you". Human expression through words is powerful - more powerful than any picture.

My point is that human communication is the most powerful expression and exchange of information. It is a fact that visualization is a powerful tool, but it pales in the presence of the written or spoken word. You can probably guess where I am going now.

Computers and computer to human interfaces have evolved over the past sixty or so years on a twisted evolutionary path. We started with simple command line tools and interfaces (mainframe), where we issued simple grunting commands and got back simple grunted responses from our computers. We then saw this lead to the evolution of rich graphical computer windows, icons and the mouse (point-drag-click). While this helped advance our interface and interaction with the computer and with extracting data from within these artificial devices, this path of human to computer interaction is effectively an evolutionary dead end. It pales in comparison with what is coming next.

Products like Tableau, Looker and others will need to evolve in the coming years or be left in the dustbin of technology. While we have seen amazing advancement in rich and interactive visualizations of data, I argue this is the wrong path and effectively an evolutionary dead end. How many times have you looked at Tableau dashboards (or other BI visualization) and saw beautiful and rich colors, shapes and graphics only to be overwhelmed by the information? What does this information mean, what does it tell me, what questions and answers are buried in this beautiful and rich visualization?
What if instead of being bombarded by visualization alone, you can converse with the data - converse with the machine? Having rich visualizations can be fantastic, but I would want to ask the machine to answer questions about the visualization - make predictions or tell me "why" this is occurred - point me a the root cause. We are moving to a new dawn where machine learning and AI will help us make sense of the information around us that that is currently locked up and visualized by computers. And this requires a new way (back to the future) for humans to interact with BI.

While computers started out as simple command line beasts, our current evolution toward more and more visualization is an evolutionary dead end. We will soon be moving toward a voice and messaging first world - where visualizations will augment our experience of information and are a tool for us to engage in conversation with our AI powered BI applications and virtual assistants. Chatbot BI virtual assistants are on the horizon.

You can see the beginning of this already. Tableau recently announced they will be releasing, in 2017, a new NLP interface to their platform - competitors will follow - and this is only the beginning. We will one day be able to ask questions of your BI in natural human language. The AI powered analytics revolution is coming. Conversational interfaces are a game changer for BI. Analytics as a conversation will no longer be the stuff of movies and sci-fi.

Driven by the advancement in AI and machine learning and with the massive surge in adoption in virtual assistants, chatbots and messaging/voice applications, the future will be here sooner than we think.
Posted by Sam Taha at 8:15 AM