Recommending Actions for Your NLP Bot 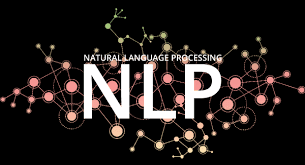 At first glance, the machine learning methods typically used in NLP applications (such as chatbots) and those used in recommender systems (for recommending products) are not often leveraged together in the same applications.

NLP is the machine learning domain that makes your virtual assistant capable of engaging in human language based conversation and recommender systems, as the name suggests, recommend products/services you will hopefully like (thus saving you the trouble of discovering them on your own); but it is not often you see NLP and recommender systems together.

But let's think about that for a moment. Is there a solution space where NLP and recommender systems intersect and why would anyone want to do such a thing? I will make the case that every so called AI powered virtual assistant (aka chatbot and their kin) needs context and part of that context can be provided by a personalized recommender system that helps guide the conversation and streamline the conversational user experience.

We are in the midst of a messaging application revolution. A new generation of users are making messaging based applications their preferred medium for communicating with people, places and things around them, especially when it comes to the digital world (and contextual world). And there is no lack of applications from fintech to social applications leveraging and rediscovering the command line interface as the new mode (or not so new mode for many command-line geeks) of communication between humans and computers. 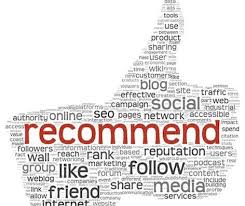 Your Next Question or Answer is a Recommendation Away

Ok, so where do recommender systems fit into the world of NLP and conversational driven user interfaces? Well, conversational applications are not without their own challenges. Typing and speaking takes effort on both the user and virtual assistant, in order to engage in timely and efficient interaction. But what if your virtual assistant new what you wanted to do next (or what you might/should like to do next)? What if your NLP powered bot could suggest to you actions you might want to take and save you the trouble of verbalizing it - maybe give you a quick one click shortcut (can be voice powered as well) to driving and continue the conversation?

Recommender systems are inherently about prescribing things (which can include actions not just items) applicable to your context at a given point in time (time based being a critical context as well). I foresee a future where both business and consumer application oriented virtual assistants and NLP bots will leverage highly personalized recommender systems to take the human-to-computer interaction to the next logical evolution (as promised by many sci-fi books and movies :)

Matrix Factorization and LSTMs are Your Friend

So for all you NLP bot developers, make things like matrix factorization and collaborative filtering your friend. Hybrid recommender systems based on collaborative filtering and content filtering (product and customer meta data) have been the state of the art for the past few years (since the Netfix contest). However the future of recommender systems will be powered by deep learning and concepts like LSTM and product and item embeddings. Research in this space is evolving fast. A mix of shallow and deep learning techniques are racing to enable this world of intelligent NLP bots and efficient conversational user interfaces.